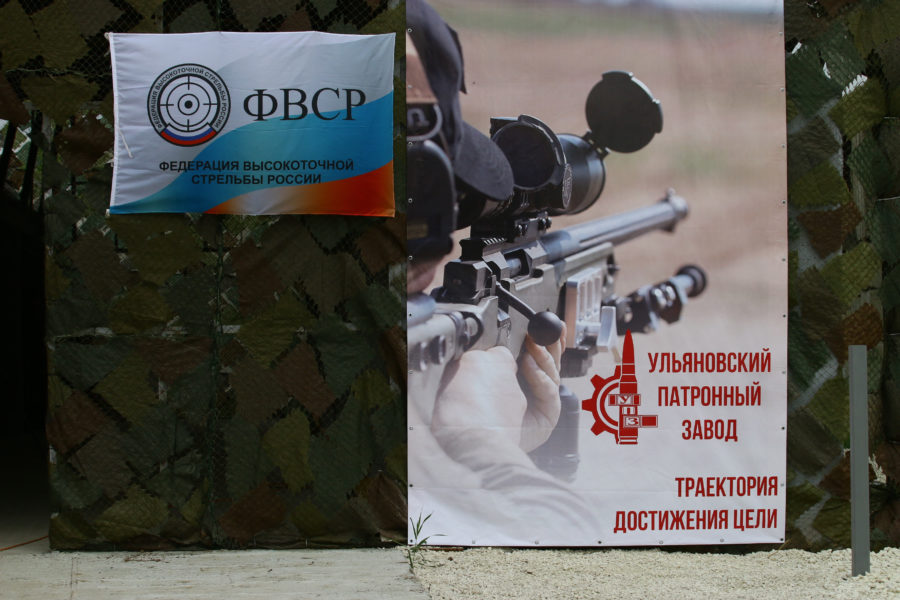 Track of pursuing a goal

On August 23rd on the training ground of the Ulyanovsk cartridge works, located in the Dmitrievo-Pomryaskino village, the competition in high-accuracy shooting in „Sharpshooting“discipline called „Grand-prix of the Ulyanovsk cartridge works“ took place for the first time. The competition was organized by the regional department of All-Russia public organization „Federation of high-accuracy shooting of Russia“  and by the board of directors of the works.

Participants and spectators created the incredible atmosphere, and organizers provided excellent conditions for the competition. As explained by the General Director of the JSC „Ulyanovsk cartridge works“  Aleksey Dubonosov, the tournament pursued several objectives, and among them:  exchange of best practices, improving the marksmanship level, and promoting of products manufactured by the enterprise.

The large group of specialists in high-accuracy shooting arrived to the brand new up-to-date training ground. The geography of locations where participants were from covered the major area of the European part of Russia: Moscow, Samara, Kazan, and Tolyatti. The weather was also nice and fine; it pleased participants, organizers of the event, and guests.

In the course of competition possibilities of high-accuracy weapon and cartridges in capable hands were demonstrated; extensive technical consultations with our specialists have been carried out. Exercises proposed during the competition represented the entire range of possible situations in real life and presupposed the application of all skills and abilities of shooters when shooting from sniping rifle.

The most popular caliber during the competition was the.308 Win; the majority of participants preferred shooting using this caliber. Home-produced rifles ORSIS T-5000 proved themselves to be excellent in this kind of shooting; for exercises in shooting from these rifles both imported cartridges were used and the first developmental and series-produced samples manufactured by our works as well. Snipers also used rifles produced in Finland and Czech Republic for shooting with this caliber.

The cartridge that ranked second in popularity was the rifle cartridge 7,62х54 mm with sharpshooting design. Also the .223Rem that is well-known to us came into the picture, also imported cartridges that have high-accuracy design and several kinds of calibers which are new for us were used at the tournament; and it is necessary to get a better look at these calibers (6,5х47 mm, .260Rem).

The competition was quite fast-moving, fascinating and reckless. It was interesting to observe everything: starting with the preparation of weapon, sensitizing of the shooter to the shot, up to getting to know the results.

Participants performed various exercises that combined accuracy of firing a target within the shortest time, at different distances, varying from 100 meters to 800 meters. First, it was necessary to fire a precise cold bore shot, without preliminary adjustment fire. At that it was required to appraise the distance to the target and to correct the weapons sight correspondingly. The second exercise was called „terrorist“; at that it was necessary to engage the target with the diameter of 15 mm at the distance of 300 meters; the target was  covered by 2/3, and the shooters had not to hit the protecting cover.

Afterwards the shooters had to pass the next test: they had to hit five targets located at the distance from 150 to 500 meters. At that they had to fire at the target located at the longest distance from prone position with a support. Shooting at the next targets had to be performed from the sitting position. And the closest target had to be engaged by firing from a standing position, without support.

Then participants shot against the clock at 30-centimeters metal targets hanged at the distance of 800 meters.

The culminating point of the competition was shooting at the distance of 300 meters, in couples; at that the elimination system was applied. One participant shot against the red target, and the second person shot against the white target. The first shooter who has engaged the target reached the next round.

While the semi-final and the final already took place noise and exclamations did not quiet. Everyone got a charge of positive emotions.

The winner of the competition was a participant from Moscow; the representative of Kazan ranked second, and the shooter from Samara ranked third. Medals and prizes were awarded in the name of the Ulyanovsk cartridge works to all the participants of the competition. The prize-giving to participants and winners was performed by the General Director Aleksey Dubonosov, the chief of the 585th Military Representative Office of the Ministry of Defense of the Russian Federation Valery Vashurkin, and the Chairman of the regional department of the Federation of High-Accuracy Shooting of Russia in Ulyanovsk Region Igor Arinakhin.

In their turn, participants thanked to the management team of the works for this event that was carried out on the highest world level, for open-armed welcome as well as for the hot lunch offered during the break between the exercises (the competition still lasted all day long in the open air).

At the briefing specialists of the works asked questions they were interested in, with regard to the further arrangement of shooting distances to ensure the solution of tasks to solve by the works. Over the entire period of the competition the obligatory medical care was ensured and all the necessary measures concerning the security had been assumed as well.

We are pretty sure that the competition ensured the good practice not only for participants but also primarily for specialists of our enterprise. For the first time they had a possibility to examine the experience of Russian shooters in details and to see this in their one eyes. They also had the opportunity to understand and to analyze the level of demands raised by the consumers to our advanced designs and to choose the adequate course and the right track to achieve the determined goal. 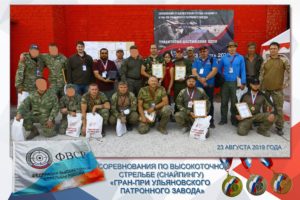 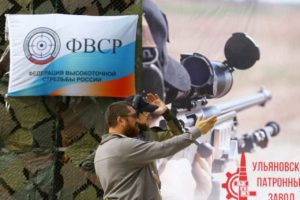 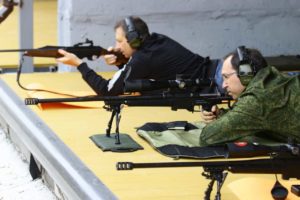 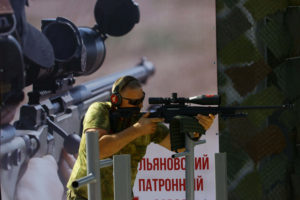 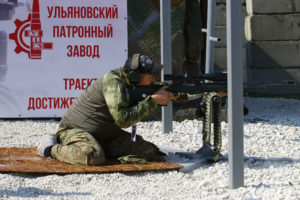 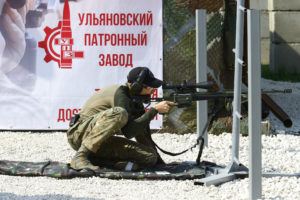 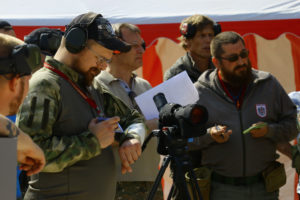 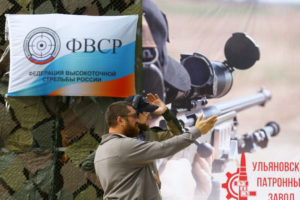 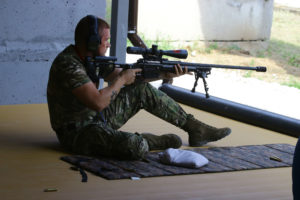 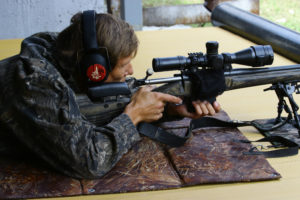 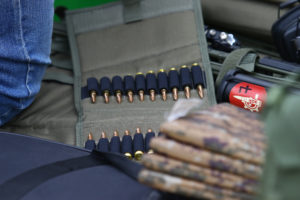 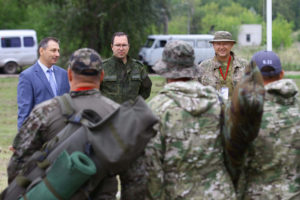 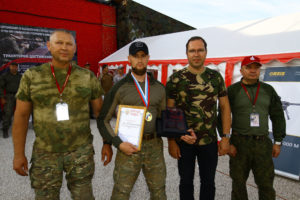 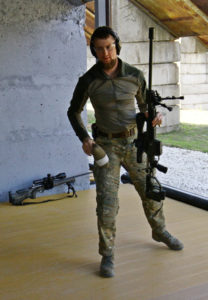 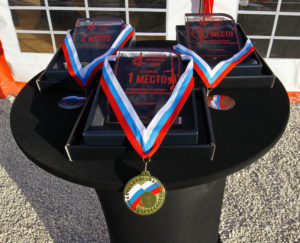 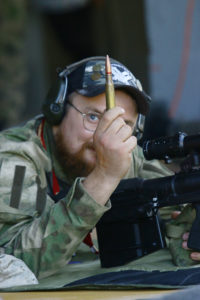 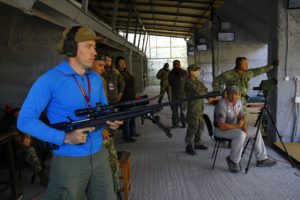 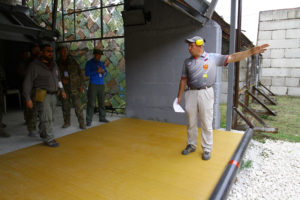 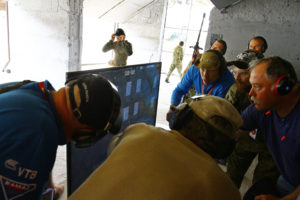 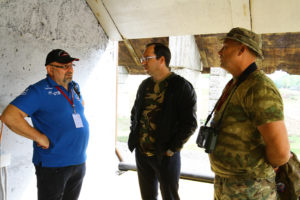 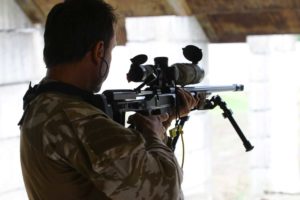 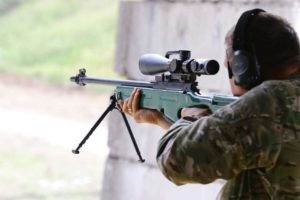